Sanjay Madria is a Curators’ Distinguished Professor in the Department of Computer Science at the Missouri University of Science and Technology (formerly, University of Missouri-Rolla, USA).  He received his Ph.D. in Computer Science from Indian Institute of Technology, Delhi, India in 1995. He has published over 270 Journal and conference papers in the areas of mobile and sensor computing, Big data, machine learning, cloud and cyber security. He won five IEEE best papers awards in conferences such as IEEE MDM 2011, IEEE MDM 2012 and IEEE SRDS 2015. He is a co-author of a book on Secure Sensor Cloud published by Morgan and Claypool in Dec. 2018. He has served/serving  in International conferences as a general co-chair, pc co-chair, and steering committee members, and presented tutorials/talks in the areas of secure sensor cloud, cloud computing, etc. NSF, NIST, ARL, ARO, AFRL, DOE, Boeing, ORNL, Honeywell, etc. have funded his research projects. He has been awarded JSPS (Japanese Society for Promotion of Science) invitational visiting scientist fellowship in 2006, and ASEE (American Society of Engineering Education) fellowship from 2008 to 2018.  In 2012 and in 2018, he was awarded NRC Fellowship by National Academies. He received research faculty excellence awards six times from his university. He is ACM Distinguished Scientist, and served/serving as an ACM and IEEE Distinguished Speaker, and is an IEEE Senior Member as well as IEEE Golden Core Awardee. 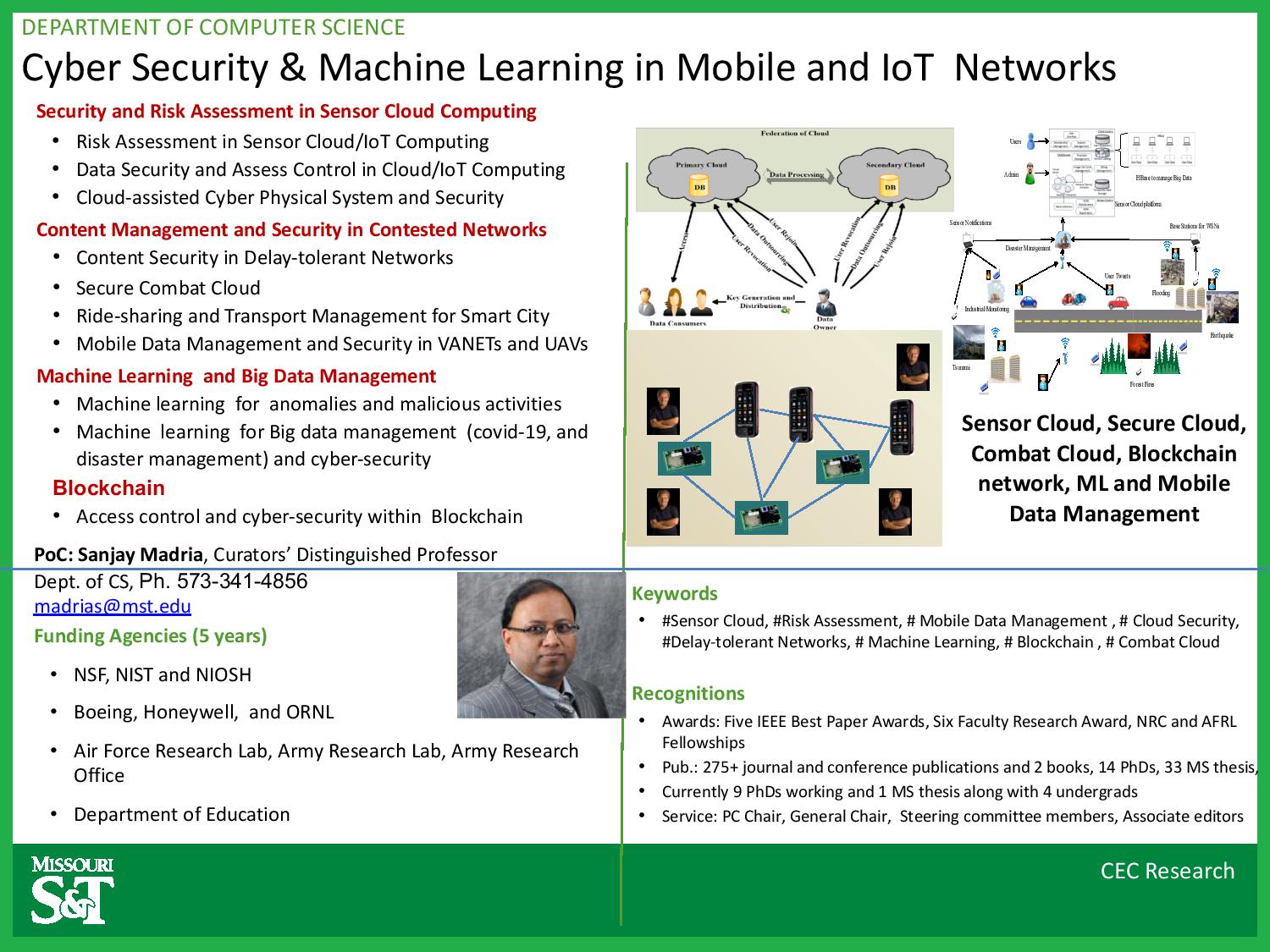